Supsan swings into gear with its patented turbocharger technologies 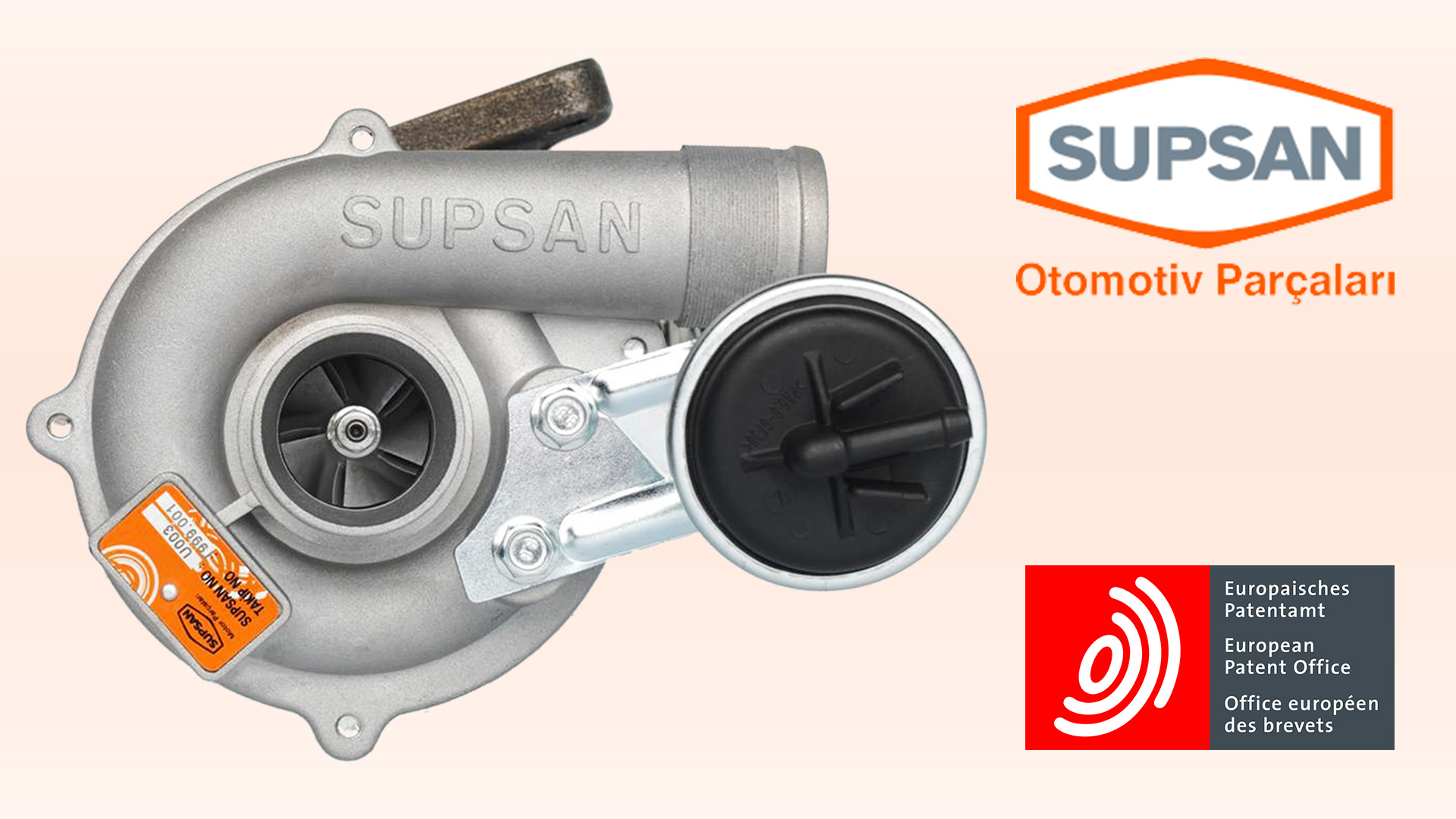 Supsan, the largest valve manufacturer of Türkiye, obtained a patent right for its technologies created in the turbocharger field with the approval of the European Patent Office (EPO). The company, which revised the turbocharger bearing design and increased its performance, rapidly moves towards being the first OEM turbo supplier of Türkiye.

Supsan, a Borusan Group company, obtained the patent rights for its inventions “Monoblock Turbocharger Bearing” and “Turbocharger  Bearing System” from the European Patent Office (EPO). These inventions, which enable switching from multi-piece structure to monoblock structure in turbocharger bearing technology and provide cost efficiency by reducing production processes, regulate the oil flow in the turbocharger cartridge as well as increase the performance and lifetime of the bearing by reducing the losses at the bearing area during turbocharger’s operation.

“Under Supsan brand, we not only lead the way in valve field in our country, but also produce and market different automotive parts. We have been working as a trusted business partner with world’s leading automobile manufacturers for a long time. Our adventure in the turbocharger field started by offering products to the domestic spare part market in 2014, and continued in line with our need for obtaining turbocharger technology know-how and transforming from a manufacturer to a developer.  In this regard, we started five projects including three completed and two ongoing projects. We created an opportunity for testing the engines up to 150 kW as well as the turbocharger parts on those engines by establishing an engine testing center. We actively used our infrastructure for both deploying the new turbocharger references for the spare part market and the turbo-related R&D activities. We issued several publications within the scope of the R&D studies, and made presentations in important conferences in Europe and the US.”

About Supsan
Supsan, a Borusan Group company, has been producing engine valves for all kinds of internal combustion engines under the license of Eaton SRL since 1970. Supsan is an original part supplier of car manufacturers for engine valves, valve guides, valve cotters, push rods and valve caps. Supsan is the largest manufacturer of Türkiye in its field.