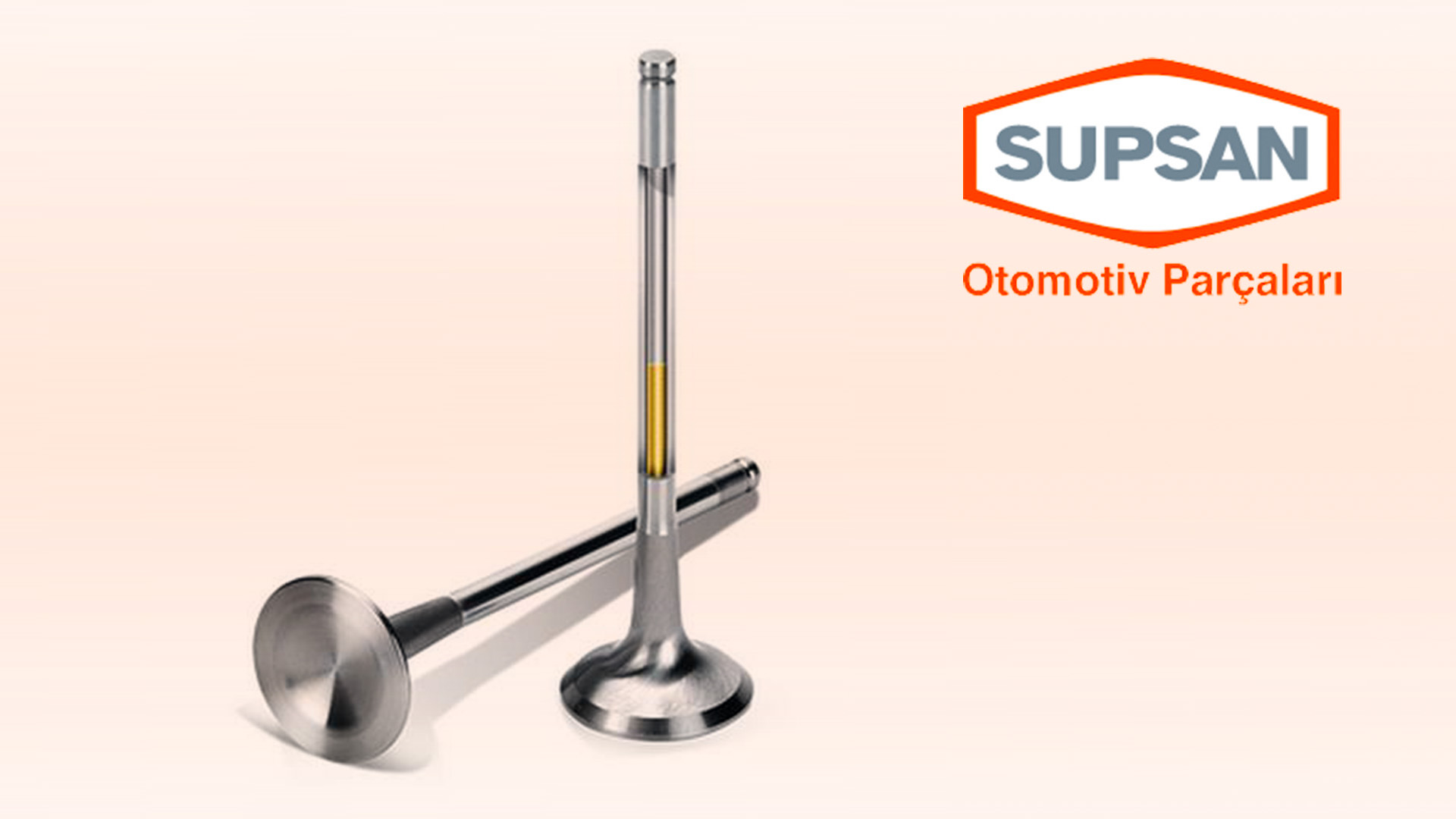 Supsan commissioned the "Sodium Filled Valve" investment as a result of the Tubitak Teydeb Project, which was executed in collaboration with a renowned Turkish OEM. As a consequence of the project, which was completed with an investment of roughly €1.5 million, Supsan is now able to deliver Mass Production Sodium-filled Valves with a capacity of 2 million for the first time in Turkey.

Sodium Filled Valve - What is Hollow Valve?
Unlike conventional valves, these valves are manufactured by filling the interior area created by special machinery and procedures with Sodium, which has a cooling property. It is formed by introducing sodium (Na) into the generated cavity and friction welding the head-stem pieces together.

At 97.5 degrees Celsius, sodium melts and enters the liquid phase. As sodium enters the liquid phase during its operation within the engine, it transfers the heat generated in the exhaust valve's head region to the handle. Thus, temperatures in the head and neck area are lower than with traditional valves (solid engine valves).

Meeting the Needs and Demands of Domestic and Foreign Markets
Increasing compression pressures in modern engines causes a rise in the valve temperatures. To avoid the restricted choice of materials in the valve steel class from reaching a point where they cannot tolerate rising temperatures, the development of hollow valves has become necessary.

Demands for sodium-filled valves also highlighted the necessity for Supsan to develop and implement this process.

With the Hollow Valve serial sodium-filled valve production line, which is exclusive to Supsan in Turkey, the greatest level of valve technology has been reached. With its Hollow Valve production technique, Supsan is now able to meet the demands of the domestic and worldwide markets.